After the meals have been packed, they are sent to missions and human service agencies around the world.  These FMSC partners use the meals to operate schools, orphanages, hospitals, and feeding programs.  The organization's food has reached more than 70 countries since its founding in 1987.  Nationwide in 2014, more than 250,000 volunteers in 37 states packed nearly 63 million meals.  By 2018, the effort had grown to 1.2 million volunteers packing over 333 million meals.

FMSC's all-vegetarian meal packs have been developed by scientists to be nutritionally complete, and to reverse and prevent malnutrition.  Volunteers and other donors pay 100% of the cost of FMSC meals; FMSC receives no government aid.  Because each meal costs less than twenty-five cents, every no donation - no matter how small - makes an impact.

Sumter Feeds My Starving Children was organized in 2015 when an FMSC presentation stirred the heart of a member of Mayesville Presbyterian Church to action.  Since that time, local volunteers have packed more than 900,000 meals that have been distributed to hungry children across the globe.  Many organizations in Sumter County have been involved in supporting this effort.  Fundraising events in 2018 exceeded $88,000.  Over 2,000 volunteers gathered at the Sumter Civic Center to pack more than 400,000 meals.  The county-wide fundraising goal for 2019 is $220,000 to purchase and pack 1,000,000 meals.  Each year, in addition to meal-packing, Mayesville Presbyterian Church hosts a fundraising event on behalf of FMSC.

To learn more about the Sumter chapter of FMSC, and to find out how you can make a donation or become involved, visit the organization's website. 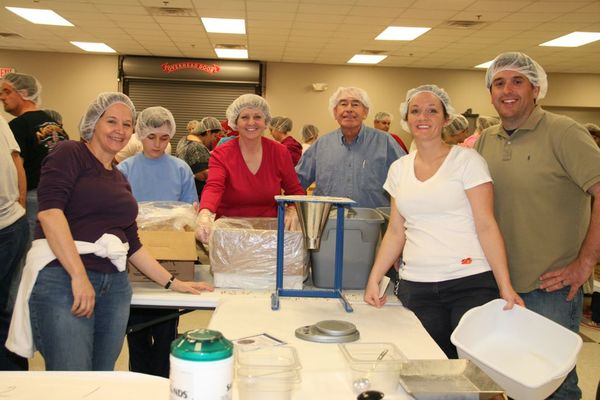 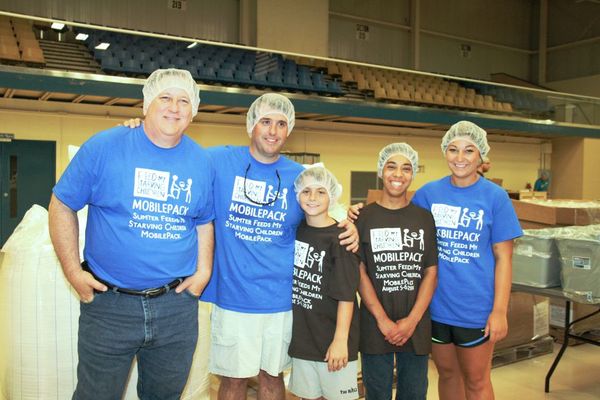 Members of our congregation were among the 2,000 volunteers who prepared 400,000 meal packs for Feed My Starving Children in 2017.